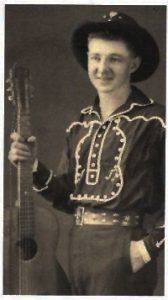 He’s known universally as Australia’s King of Country, and it’s a title to which Slim Dusty can still lay an unchallenged claim, close to a decade after he passed away and took up his place at the head of the table in Country Music Heaven.

Slim has been the face of Australian country music for its entire history – close to 70 years, since its early roots in hillbilly and folk music. In that time, he evolved with the industry – setting the agenda and changing with the times.

Born David Gordon Kirkpatrick in 1927, at Nulla Nulla Creek near Kempsey, changed his name in 1938 at the age of 11 and never looked back.

In 1951 he married fellow country singer Joy McKean, and the pair set off on a lifetime of travelling Australia, performing the music that emerged from their much-loved homeland, and that conveyed its passion and spirit so well. Along the way, they brought daughter Anne Kirkpatrick and son David Kirkpatrick into the world. 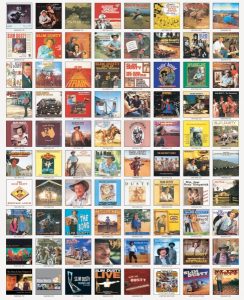 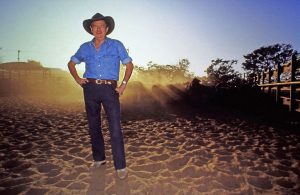 The only artist to have recorded on every major commercial music format – from 78rpm records through vinyl LPs, singles, cassettes, 8-track and CDs, to VHS video and DVD, and now iTunes and ring tones – Slim has been deeply loved by many generations of Australian country music fans – and plenty of overseas enthusiasts too.

During his lifetime, Slim released more than a hundred albums, selling more than seven million records and earning over 70 gold and platinum album certifications.

He’s been recognised not only for his music, but also for the role he’s played in documenting Australia’s unique spirit and history through his songs, as well as his contributions to Australian culture and society.

He received both an MBE and an Order of Australia, was chosen as an Australian National Living Treasure by public vote, and in 1999 was named both Australia’s Father of the Year and the inaugural Senior Australian of the Year. 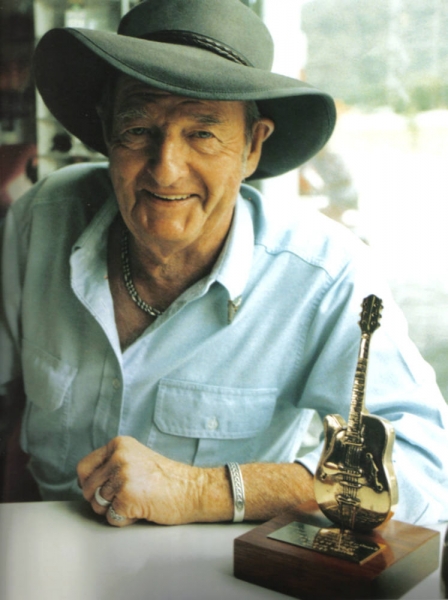 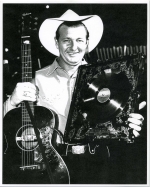 In the musical world, he’s received 37 Golden Guitars (one of them posthumously) and two ARIA Awards, was one of the first to be elevated to the Australasian Country Music Roll of Renown, and has received the highest awards from both the Australian Record Industry Association (ARIA) – the Special Achievement Award – and the Australian Performing Right Association (APRA) – the Ted Albert Award for Lifetime Achievement. He’s also been inducted into the ARIA Hall of Fame.

Slim received Australia’s first ever Gold Record in 1958, for “A Pub With No Beer”, and was the first singer in the world to have his voice beamed to earth from space, when his version of “Waltzing Matilda” was beamed to earth.

He’s starred at the Sydney Opera House and the Grand Ole Opry in Nashville – by special invitation of the American Country Music Association – and was the final act at the Closing Ceremony of the Sydney 2000 Olympics – again performing “Waltzing Matilda”. He’s also played to huge crowds in Papua New Guinea, the Solomon Islands, and New Zealand.

Slim’s image was featured on two stamps in Australia Post’s 2001 Australian Legends stamp series, and he was honoured twice on This is Your Life, in 1974 and 2001. 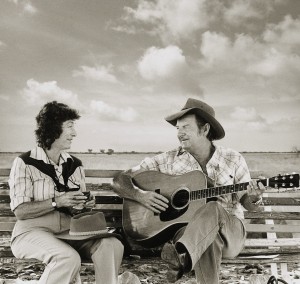 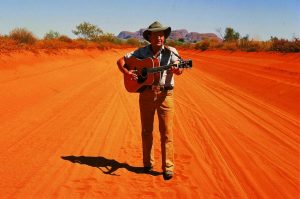 Yet all those achievements pale into insignificance compared with the real legacy Slim has left behind: his music. For close to half a century, Slim and his wife Joy McKean – his partner in both life and music – toured Australia, bringing their perceptive songs and entertaining shows to far-flung communities and people from all walks of life.

It was a remarkable life and an even more extraordinary career, which saw the birth of songs like “A Pub with No Beer”, “Duncan”, “Lights on the Hill”, “The Indian-Pacific”, “G’Day, G’Day”, “Looking Forward, Looking Back”, “Charleville” and so many more.

When Slim sadly passed away on September 19, 2003 at the age of 76, after a long and private battle with cancer, he was honoured with a State Funeral, attended by the Prime Minister and Opposition Leader, and featuring tributes from his family and his peers. Thousands of fans travelled from around Australia to stand outside the cathedral and farewell their mate. 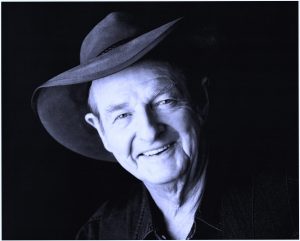 Those fans have remained true to Slim, and his albums have continued to sell strongly, with a number of his old recordings released on CD, and some new recordings, including the very special posthumous album, Columbia Lane – The Last Sessions, and the Slim Dusty Live double CD/DVD set amongst them.

The most recent tribute to Slim has been Not So Dusty II: The Bushies’ Tribute to Slim Dusty, released in 2012. Joy McKean also released a new autobiography, I’ve Been There (and Back Again) – Slim Dusty and Joy McKean’s Lifetime of Travel, in 2011, focusing on the couple’s remarkable journey through music and life.

Slim once described his music as “songs about real Australians”, the people he met on his travels.

“I have to be fair dinkum with my audience. I can’t see any other way of doing it,” he said. “You have to believe in what you are singing about.”

Slim’s legacy is remembered in many ways: through his music, his many awards, and the numerous other artists he helped along the way. The Slim Dusty Centre, in Slim’s hometown of Kempsey, showcases an extensive collection of treasured memorabilia of Slim Dusty and Joy McKean, as well as contributions from fans and friends all over the world.